Following on from a report by the Care Quality Commission,  a recent article on Sky News online suggested that mental health asylums, as they were once known, still actively exist, despite most of us believing they were demolished or re-developed years ago.  Indeed, they may well have been.  But just because the landscape looks different, we shouldn’t be fooled into thinking that the treatment or conditions for those with mental wellbeing issues have improved.  It is shameful that the vulnerable are still treated in inhumane ways.

We weren’t unaware of issues in relation to out of date pratices – we’ve had emails about forced medication, hold downs and basic lack of simple care.  Inspectors agree that the needs of  many of the long term patients in these settings, (the average stay in 2015-16 was 341 days, with 4 years being the longest), could have been served in less restrictive surroundings. As the CQC’s Deputy Chief Inspector Paul Lelliott says

“The mental health sector is at a crossroads.

“Some services remain rooted in the past – providing care that is over-restrictive and that is not tailored to each person’s individual needs.” (copyright, Sky news/Paul Kelso)

”Thousands of mental health patients are being detained in locked rehabilitation wards that resemble “old-style asylums”, the largest ever inspection of mental health services in England has found.

The Care Quality Commission, which inspected NHS and private care facilities and providers over a three-year period, said it was “shocked and concerned” to find around 3,500 beds in locked facilities that were “effectively institutionalised settings”. Copyright Sky News Online, Paul Kelso .

Back in the 80s, there was a song by Coventry based group Fun Boy 3 called The Lunatics have taken over the Asylum

Their music a haunting, but surprisingly addictive mix of Ska and Two Tone, the group was fronted by vocalist Terry Hall, whose vocal contribution inspired another success with Our Lips are Sealed

Terry Hall, himself a survivor of a failed suicide attempt, who was subsequently diagnosed as bi-polar, sang lyrics that I believed, at the time, were slightly sensationalistic.  A little like an irrational conspiracy theory that everyone just smiled politely at.  I, and some of my friends at the time, thought he was on another plant, talking about nuclear switches and a big brother world in which we’re all being watched by cynics.  And as for the lunatics, well, we all knew who they were, didn’t we?  No, actually, we got it wrong.

Of course, these lyrics now have a chilling meaning and truth that I completely understand and I realise exactly who the lunatics are.  And it sure isn’t Joe Public!

The lunatics have taken over the asylum, take away my right to choose

The lunatics have taken over the asylum, take away my point of view

take away my dignity, Take these things away from me The lunatics have taken over the asylum

The lunatics have taken over the asylum, take away my family, Take away the right to speak

The lunatics have taken over the asylum take away my point of view, Take away my right to choose (Copyright Fun Boy 3)

At the time of their hits, there were two mental health asylums in Birmingham – Highcroft and Northcroft and some of us, incorrectly, assumed this song must refer to some kind of takeover by inmates.

Because, sadly and shamefully, that’s how prejudiced and tarnished the general view was of mental health hospitals and the people they were treating.  There was no open discussion about mental health and if you had depression, you certainly didn’t voice it for fear of the men with straight jackets being called and incarcerating you, whilst keeping you pumped full of drugs or being subjected to electrical shock treatments.  My then mother in law worked there and whilst acknowledging some patients had severe problems, she found it difficult to deal with the cold and clinical attitude of some members of staff.

There was no acceptance that you could have mental health issues and still be a ‘normal’ individual. If you had such issues, there was only one place for you – the asylum.  This kind of attitude and fear has cascaded down through subsequent years and helped to create the wall of silence and reticence that still exists, although, gradually, it is crumbling.  Is it any surprise that so many still fear speaking out?  Forced to internalise their feelings for fear of judgement,,,

True, we are talking more.  Definitely, people are more tolerant and understanding of those with mental health issues.  But, dismally, wards where people are locked away, especially for prolonged periods, are still in existence and they should be abolished.  Now.

Can you hear them talking ’bout us?
Telling lies, is that a surprise
Can you see them? See right through them
They have a shield, nothing must be revealed
(Copyright Fun Boy Three)

In the news today … Paris Jackson attempted suicide at 15

Again, we see how no one is immune from thoughts and attempts of suicide, even at a young age.  We… 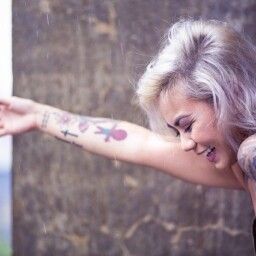 The Samaritans, who are always supportive and in attendance at our SOS events, are the only agency to collate suicide…

In the second podcast to be made available exclusively on our website, we invite you to listen to Hope Garner, who…

SAD, commonly known as Seasonal Affective Disorder, usually causes depression during the winter months, when the days are shorter and…

We were recently contacted by William McKechnie who sent us a poem he has written called Living Organs With William’s permission,…

0
06 May 2021
In the News Today .. Labour’s Luciana Berger wants tangible action by Theresa May

At our Huddersfield University SOS last week, we met Colm Farrell from Stamp Out Suicide, a Charity providing free telephone…

Michael Mansfield QC and Yvette Greenway, Founders of SOS Silence of Suicide, will be hosting a free networking event and…